The HSBC banker on the frontline with Ukrainian refugees 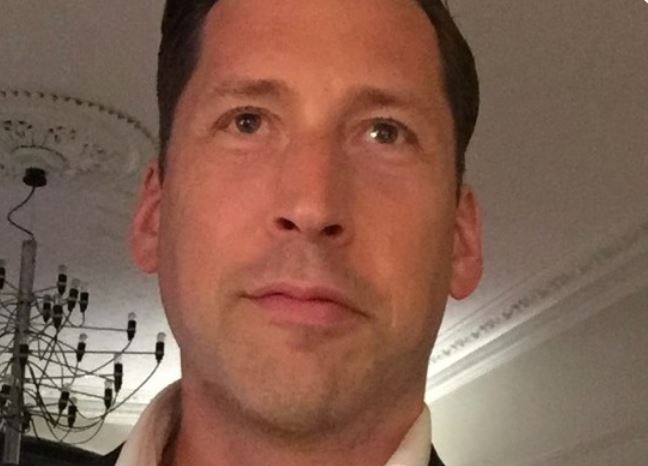 André von Riekhoff is feeling ragged. "I landed at midnight last night and got home at 2am," he says. "I'm pretty shattered and it's a bit surreal. - Going from that to having a conference call with a client to discuss derivatives this morning."

'That' is the Polish border with Ukraine, where von Riekhoff stayed in Rzeszow and volunteered at a refugee centre at Korczowa, a Polish border town two hours from Lviv, the West Ukrainian city that's become a magnet for refugees. After getting a flight to a nearby airport on Friday, von Riekhoff and a friend spent four days driving refugees around Poland and buying provisions for small NGOs. "I got the word out and within two days we had £8k ($10.5k) in donations," he says."We took a Ryanair flight to near the border and rented a car."

While many people in finance are donating money to help the refugees, von Riekhoff says it's possible to make a difference by being on the ground too. There's little sign of big organizations like the Red Cross so far: it's mostly small teams like those from World Central Kitchen, or local Polish people coming together to help people out. "It's very grassroots."

This may change as big NGO muster their response, but von Riekhoff says there's also a real need for people to cook for World Central Kitchen and to transport Ukrainians to destinations within Poland and elsewhere. "We were only able to rent a car, but it makes far more sense to rent a mini-van if you can," he adds.

Von Riekhoff grew up in Canada, but his parents and grandparents are German. "My family were refugees during the Second World War...I was watching too much of what was happening on TV; I felt like I had to do something."

Most of the refugees he drove away from the border were women and children, and were exhausted. "You could tell that a lot of them were shattered," he says. "Some said they hadn't slept for two days. Once they were in the car they'd usually call or text their families and then they'd be asleep within twenty minutes."

In the four days he was there, Von Riekhoff saw the number of refugees swelling. "The refugee centre was in a big warehouse with beds around the side. The first day it seemed orderly and maybe only half the beds were being used. There were probably 2,000 people there. They said they'd had 45 buses from the border, but that only 25 had taken people on to other places."

It is possible to help on the ground, says Von Riekhoff, although he admit he was hesitant about going. "I didn't want to get in anyone's way but my Ukrainian friends were like "No - go."" As well as transporting refugees away from the centres, he says the presence of international volunteers boosts morale among Ukrainians and Poles. "We were only two people, but we were making small incremental changes. On its own, the smile on one kid's face when we were handing out juices boxes made the trip worthwhile."

Von Riekhoff plans to go back in the weeks to come, maybe for longer. Other finance professionals could do the same, but it's also possible to make physical donations from London. "The Ukrainian Social Club in Holland Park is taking donations that get driven to Ukraine," he advises. The drivers are mostly Ukrainian men in the UK who are going home to fight.

Von Riekhoff has been at HSBC since 2018. He previously spent nearly 12 years working for Deutsche Bank. He has three children of his own. "Seeing innocent children suffer was a big motivator to help," he says. "I also thought that if we were in the same situation, I sure would want someone to help us."