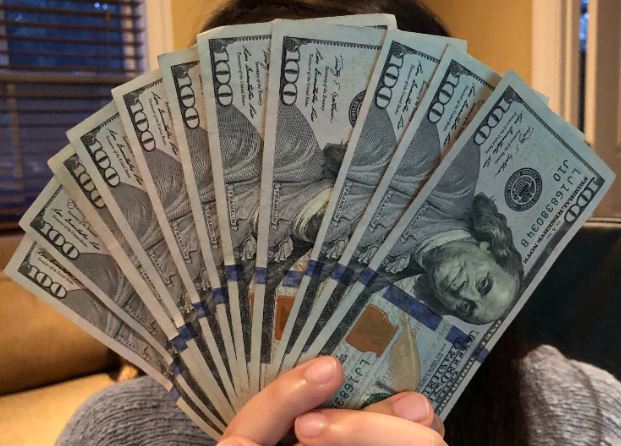 If you aspired to get a junior job in investment banking in 2018 or 2019, but you fell at one of the multiple hurdles in the banking recruitment process, then you may be in luck. This year's booming demand for junior bankers means people who were rejected in previous years, and who are now doing something completely different, are back on banks' radar.

In their desperation to fill junior seats, headhunters told Bloomberg that banks are scouring accountancy firms, regional banks, and consultancies for potential junior investment banking talent. Many of these places are repositories of the sorts of people who wanted to work in banking when they left university, but who were felled by Hireview digital banking interviews or inadequate CVs. They're now being offered a once in a generation opportunity to get back in the game as banks add hundreds of new junior staff in response to booming business and complaints from existing staff of overwork.

"If you don’t have a traditional background and you didn’t do a summer internship in your senior year at an investment bank - which the majority of junior bankers in recent years have done - there’s probably no better time to try to join, because there are seats being opened,” one headhunter told Bloomberg, noting that demand for juniors hasn't been this strong since before 2008. “Right now, we’re pulling our hair out trying to fill all the searches at the junior levels. It’s actually a little bit more difficult than recruiting the senior people,” said another.

Former rejects who find junior investment banking jobs will now be welcomed by $100k salaries (for first year bankers) and generous bonuses that could easily be another 40% again for a full year's work. They may also find themselves working the sorts of hours that are typically limited to a few busy periods in the accounting world. Even the headhunters are offering coding warnings: investment banking seats are being opened, but they may not be entirely comfortable, says one.

Separately, weeks after at least six senior bankers left and despite suggestions that retention bonuses are on the way, people are still vacating Credit Suisse. The latest exits are reportedly Alejandro Przygoda, global head of financial institutions, plus three members of his team - Carlos Marque (an MD), Fitzgerald Woolcott (a director) and Henry Kong (another director). Bloomberg says they're all joining Jefferies.

Przygoda's disappearance is worth noting because he was a favourite at Credit Suisse in recent years. - In December 2019 he was given one of five key coverage roles in a shakeup by David Miller, the then incoming head of Credit Suisse's investment banking and capital markets division. However, in December 2020, Miller changed some reporting lines in FIG such that Armando Rubio-Alvarez, Max Mesny and Chris Williams - three key FIG bankers in Europe - stopped reporting into Przygoda alone, and gained dual reporting lines into a new group focused on developing client relationships led by David Wah, Credit Suisse's co-head of investment banking and capital markets for the Americas.

Przygoda's exit could be a response to this weakening of his authority, or it might simply be a response to Credit Suisse's weakness and potential to pay terrible bonuses for 2021. Either way, headhunters say more big CS departures are coming soon.

While HSBC proceeds slowly with its cost-cutting plan, it's hiring too. At least week's Annual General Meeting, the bank made it clear that while it may be pulling out of U.S. retail banking, it actually aspires to hire in U.S. investment banking. CEO Noel Quinn, who said last week that the U.S. remains an "important contributor" to the bank's growth plans and that the wholesale business will be built out. (Financial News)

The new head of the Hong Kong stock exchange is the ex-head of JPMorgan in Asia, a Portuguese-speaking Argentine with a Croatian passport who's nicknamed Gucho. (Financial Times)

Some Millennials have made $250k trading crypto and are now filled with angst about the prospect of it disappearing again. “There were times last year I thought, ‘Why am I working? I should just be trading.’” (Wall Street Journal)

Alleged excitement as the return to the office approaches. “People are raring to get back in,” says Catherine McGuinness of the City of London Corporation, the municipal governing body for the financial district. “There’s a real atmosphere of excitement—we had some green shoots last summer, but now it just feels a lot more real.” 96% of the offices rented out in the Square Mile so far this year have been grade A compared to a historic average of 65%, suggesting a need for fancier offices to lure people back.  (The Economist)

Despite its run of good quarters, Deutsche Bank's stock is still trading at one of the steepest discounts to book value among European lenders, and the bank has lost money in five of the past six years. (Bloomberg)

Evercore has a new female CFO in the form of Celeste Mellet Brown, the former CFO of Fannie Mae. (Bloomberg)

Bank of America is bringing senior managers back to the office on June 1st. (Bloomberg)

A 54 year-old banker's daughter is now a shaman to bankers and pop stars in the UK after training with a medicine man in the Amazon. “I took up karate, I studied yoga, but I could never quite find what I was looking for....I hadn’t been thinking of becoming a shaman, but then it just turned into this thing. I thought, ‘This is what I want to do.’" (The Times)

Photo by Blogging Guide on Unsplash