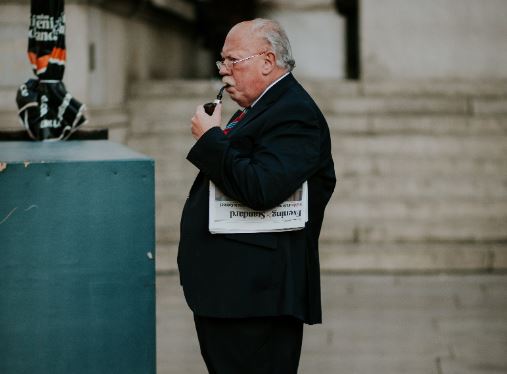 The year I turned 50, I was working for a bulge bracket bank. I was made to participate in a mandatory call about diversity, where HR described all their new initiatives. After listening to the extensive discussion about gender, physical handicaps, race, sexual orientation, we got a chance to ask some questions. I asked, “What about people over 40 or 50? What are we doing to ensure that our workforce looks like our society so that capable but older workers are valued and treated like anyone else?” The answer: "We don’t really track age and of course we are an inclusive hirer…” But the reality was that nothing was being done about ageism at all.

Five years later, at another large international bank, I was working for someone just five years younger than me (ergo aroun 50).  He was a toupée wearer and with a straight face, he informed me that he'd had some feedback from people who'd said I was a bit, 'old-fashioned.' Nothing leaps out and says, “Young and vibrant,” like a toupee I guess.

That guy was clearly insecure about his age/image and obsessed with appearing to be young. The irony is that all the people running these firms are well into their 40′s and 50′s. This is fine as it goes but further down the hierarchy, the fixation is with “young people.”

The best age in banking is 28. Banking isn't baseball or football or track and field. In a knowledge business, experience and savvy should matter - and not the second hand overpriced kind often peddled by consultancies.

Experience matters. Next time you have a heart attack or get wheeled into an emergency room, make sure you specifically request the newest resident doctor who's working 20 hours a day, but who is young and just a couple years out of med school.

As for the cost of employing people over 40 and 50, someone should run the numbers on the average age of all those people who ran the securitization desks which ended up cratering the industry and blowing a hole in the economy before the financial crisis. Same goes for all those who rigged FX, LIBOR, who “rogue traded” etc. I'm certain they were closer to 30 than 50 on average.

There is no substitute for experience. Many of us still have fire in the belly. We don’t mind Millenials one bit and have very steady hands to help drive change and deliver better operating results in this tough environment. I have been around the world delivering results for years and have seen multiple market structure changes, major regulatory mandates and much more. I remain aware, engaged and interested. That kind of knowledge and toolkit doesn’t come from an MBA and cannot be synthesized through the combination of technology and youthful ambition.

Wake up HR! You do get what you pay for, and as more fines and failures are chalked up costing millions upon millions, perhaps you might seek out safer, steadier and wiser hands in future.

Jamie Lane is a pseudonym

Photo by Joel Barwick on Unsplash