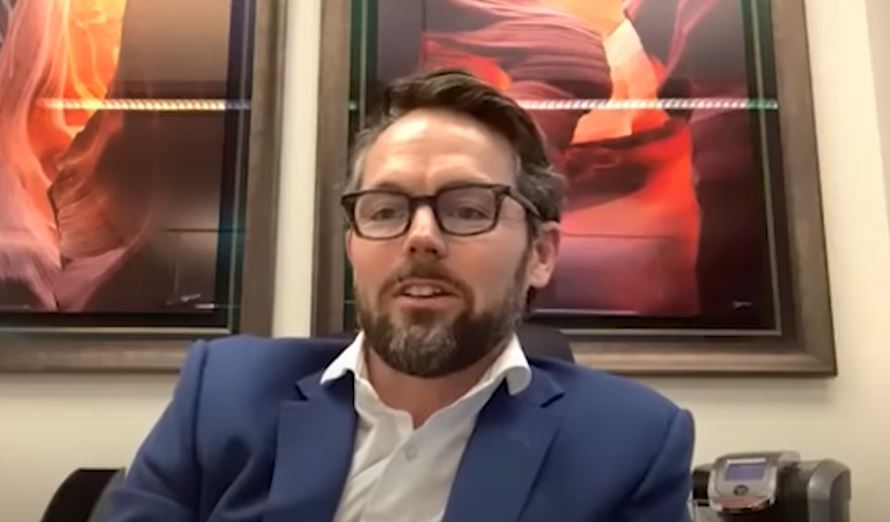 The highest paid person at Goldman Sachs is not chief executive David Solomon. Nor is it necessarily the global co-head of the markets division, Ashok Varadhan. It may well be an English man who attended a non-top tier university and who began his career in the middle office.

Julian Salisbury joined Goldman Sachs from KPMG in 1998 after graduating with a bachelor's degree in sports science, followed by a master's in biomechanics from Loughborough University. He could have been a professional in the niche sport of canoe slalom, but according to a profile in Business Insider, Salisbury decided against spending, "the next three to five years living out of the back of a transit van next to the rivers in Wales and Scotland and the Alps," and got a proper job instead.

These days, the archetypal mild-mannered English man is global head of Goldman Sachs Asset Management. He's been at Goldman 23 years and has a reputation for discretion and a string of successful investments. He's a role model for starting in the middle office and working your way up. - Salisbury's first role involved matching signatures on paper trading slips, says Business Insider.  In that job, he reportedly used his coding skills to automate things, thereby cutting a day's work down to just 30 minutes.

These days, Salisbury earns over $35m. Partners at Goldman Sachs don't always last long, but he's been a partner since 2008. He went from automating signature-matching to being a researcher on the high yield bond desk, to working on the distressed desk which became the special situations trading group, to running asset management. He lives in an Upper East Side apartment in Manhattan and speaks with a mid-Atlantic drift.

It's not just Salisbury's career arc that's special. He also seems to be a master at playing complex Goldman politics while remaining above the fray. Former colleagues Sumit Rajpal and Andrew Wolff initially ran Goldman's private investing unit with Salisbury, but Rajpal and Wolff left last year in what BI describes as a 'cloud of ill-will' against their former colleague. At one meeting between the three, Rajpal reportedly complained testily and repeatedly that Salisbury drank an entire carafe of shared water without giving him any. Salisbury, who 'isn't prone to yelling,' just 'smiled and kept going.'

Salisbury's Teflon manner may be one reason why he's managed to progress, despite potential controversy in the wings. This includes his connections with Oleg Tinkov, a Russian billionaire whom he met during a two-year period in Moscow when he set up Goldman's Russian special situations team, and who was later fined $500m for tax fraud in the U.S.. Salisbury's wife is Belarusian. Both moved back to London in 2008 before moving to New York in 2013....

Separately, as the impact of war in Ukraine starts to percolate, there are reports of trading desks losing money. Citi has reportedly lost $100m, Goldman Sachs and Societe Generale have each lost about $50m and JP Morgan is down about $30m. IFRE says Russia-related write-downs are expected to 'grow significantly' in the weeks and months to come.

Emerging market losses won't be as bad as in 1998. There's less leverage applied in emerging market assets and the run-up to the Russian attack was drawn out, giving some investors time to adjust. (Financial Times)

H2O Asset Management’s flagship fund carried a bet on the Russian rouble that was equivalent to nearly half of its assets just weeks before Vladimir Putin launched his invasion of Ukraine. (Financial Times)

Hedge funds were down an average of 2% to Wednesday last week. (Financial Times)

Goldman Sachs staff in Russia are moving to Dubai. (Bloomberg)

PWC is severing ties with its Russian business, which employs 3,700 people. (Financial Times)

VTB Bank is preparing to wind down its European operations. 120 jobs are at risk. (Financial Times)

Women who wear high-heeled shoes are deemed less capable and prepared than women in flats. In tech jobs the bias against high heels is even more extreme. (Harvard)

Goldman Sachs has introduced an AI chatbot at Marcus, its retail bank, and has "cut down on costs and expenses in terms of people." (Business Insider)

Fintechs are prioritising recruitment: “It’s essential to understand that the battle is no longer just for coders and technical payments people.” (Businesschief)

JPMorgan is giving HK$1,800 ($230) to each of its employees in Hong Kong to help them deal with the new lockdown as a result of the pandemic. (Bloomberg)

BNP Paribas is cautionining staff to watch what they say online about the Russian crisis. (Telegraph)

In a survey undertaken before the Russian invasion of Ukraine, 86% of FTSE 250 company directors expected to undertake some form of M&A in 2022. (Financial Times)

Wow, if the world runs out of crises we know just where to turn…. https://t.co/dKhvltrQMz

Just an incredible piece of research, no notes pic.twitter.com/YxyZrqCcpt