Morning Coffee: Goldman Sachs discloses who it really needs to hire before 2025. Ex-UBS MD on joys of working from home 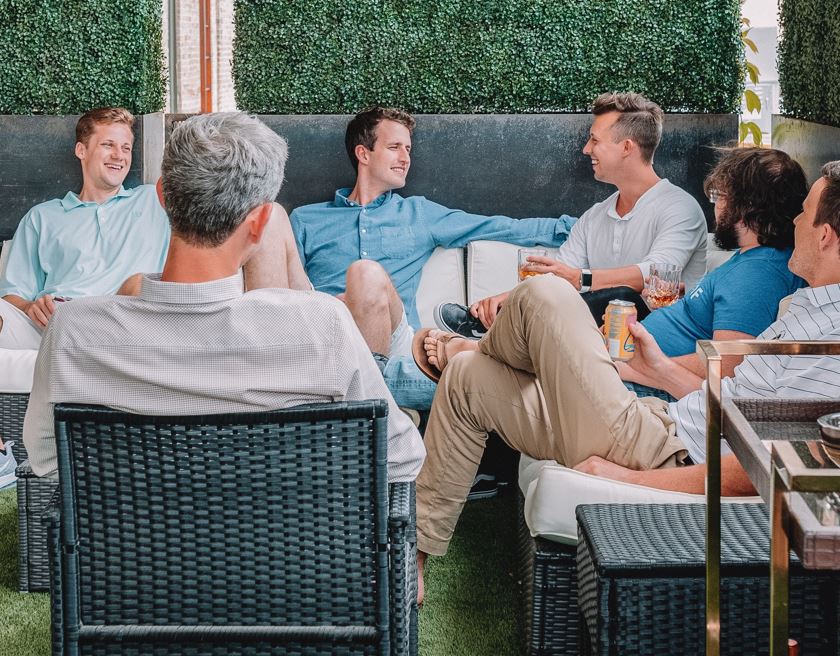 2021 may be fading into obscurity, displaced by an epochal war in Europe, but banks are still publishing annual reports discussing what happened 12 months ago.

Goldman Sachs' 2021 annual report and shareholder letter were published on Friday. Along with all the backslapping about the "extraordinary year" had in 2021, is some interesting information about Goldman's diversity targets with implications for who gets hired in the next few years.

The targets are nothing new - Goldman also reveals them in its annual sustainability report, but it's notable that the firm seems a long way from achieving many of them. By 2025, for example, it wants 40% of its vice presidents (VP) globally to be women, even though women only constituted 32% of its VPs in December 2021. By 2025, it also wants 7% of its VP population in the UK and the US to be black, although only 4% of VPs in both countries were black at the end of December. "Over time" it wants 50% of all its employees to be female; for the moment only 41% are.

How many extra women and black employees does Goldman need in absolute terms? Based on total headcount last year, the firm needs another 3,951 women to meet its 50% target. Presuming it has around 15,000 VPs, it needs 1,200 of those women at VP level, along with several hundred new black VPs in the UK and the US.

What does this mean for Goldman's hiring? The firm isn't saying so explicitly, but at the very least the implication seems to be that Goldman's recruitment is going to be skewed towards women. In the four years to 2021, Goldman hired 7,300 people; if it continues to hire at the same rate and wants to achieve its ambition of 50% female employees by 2025 (although it's admittedly vague on dates), the implication is that women need to be 54% of all new recruits.

Similarly, it looks like women and black employees will benefit from more VP promotions. Last year, Goldman made 2,200 new VPs; in the next four years it needs to promote an extra 300 women to VP each year. It looks like a good time to be a female associate at Goldman. If you're in the U.S. or the U.K., it may also be a good time to be black.

White male Goldmanites may complain about the diversity-push, but it's not just Goldman. - The industry as a whole has a problem retaining women and ethnic minorities and anecdotally, it's at the transition to VP that many fall down. "A lot of women leave after a few years because it can be a struggle to get promoted," one former MD told us last year. "If you want to move beyond the junior levels of a bank – to get past director level, you will need to build up a bank of internal sponsors who will vouch for your abilities. Because most senior people in finance are men, those sponsors will also be male." While white male associates are good at ingratiating themselves to male MDs, she said most women prefer to keep their heads down: "In work, I've had to learn to be direct."

There's one place where Goldman doesn't need more women, though, and that's at VP level and above in the UK. Here, the firm has already exceeded its target of 30% women by 2023, with women already at 31% of the total. UK-based female bankers who are promoted can therefore deny male colleagues' frequent insinuations of favoritism. "It’s never direct, but the implication is clear," says the MD. "They’ll say things like, “It’s great you could promoted, we need more diversity on the team.”

Separately, Bloomberg has been talking to former UBS vice chairman Romitha Mally about her new boutique advisory firm, the Mally Collective. Mally left UBS this time last year, and suggests it was the prospect of returning to the office that spurred her exit: "During the pandemic, I realized how much I enjoyed not going to the office—the politics that I have had to endure for 25 years had been stripped out of my life."

Mally also says she steered her 22 year-old son away from banking and into entrepreneurship: "Entrepreneurship provides freedom from traditional institutions that are not inclusive, and gives us the opportunity to rewrite the rules." At Mally Collective, she says she's building a boutique bank, "on a foundation of fairness and meritocracy."

Aged 77, Bill Gross still wakes up early and spends five hours a day at his Bloomberg terminal. He's up $15m to $20m this year. "It’s probably the best thing that I left. At 72, you do start to lose it, and at 77 you lose it even more." (Financial Times)

Observations of a psychotherapist with hedge fund clients: "They’re human beings who are messed up, but probably more messed up, financially, than anybody else...there is a craziness about money or thinking [you] don’t have enough money when you get to a certain point and you simply do have enough money.” (Financial Times)

Thilo Zeidler was re-hired by Goldman Sachs as a managing director leading its supranational, sub-sovereign and agency and covered bonds trading business in London, after leaving Goldman Sachs in May to join his brother's law firm. (Financial News)

The misery of being a 20-something trucker where you make $50k a year and live out of your cab. (Business Insider)

The nightmare of applying for some developer jobs. - They want you to complete 45 written questions up front. (Reddit)

Photo by Austin Distel on Unsplash

Click here to create a profile on eFinancialCareers. Let top recruiters come to you.