Morning Coffee: Goldman Sachs ex-CEO talking to nobody on a fake telephone. The private equity ballers with a $1.000 swear box 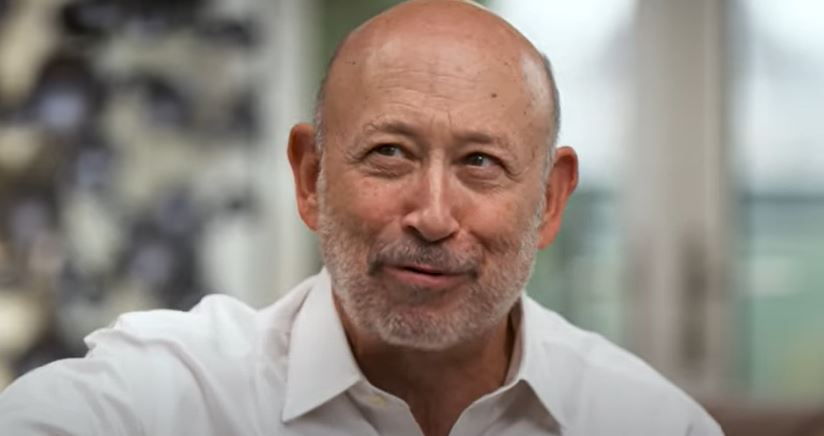 The great economist JK Galbraith used to say that his mentoring relationships tended to go in three stages.  “To begin with, they called up and asked me what they should do.  After a while, they called up and told me what they were going to do.  A while after that, they stopped calling”.  Without necessarily knowing how long the previous two phases lasted, Lloyd Blankfein seems to be well into the third.  When asked about his relationship with his successor as CEO of Goldman in an interview, he replied “I have a rubber telephone that I bought for my grandchild that’s connected to nothing, and that’s the one I talk to and give advice to”.

That doesn’t necessarily reflect any snub; with the new Goldman concentrating on platforms and wealth management, there just might not be that much to talk about to someone with as much old-school dealing floor DNA as Lloyd Blankfein.  He even still makes “multiple” trades a day in his personal GS account (not Robinhood, and he hasn’t touched crypto, yet), and gets up in the middle of the night to check markets.

It’s unusual for former Goldman CEOs to be at a loose end, but with “Government Sachs” no longer quite as welcome in a Democrat administration (and Lloyd’s nearly decade-long social media beef with Bernie Sanders probably holding him back from high office), Blankfein hasn’t yet found the high profile retirement job he wants.  “Somehow, I’m not scheduled”, he says, and despite those midnight market checks,“I don’t set my clock most mornings”.

It might sound rather sad, except when you see the video of the interview you’re struck first by his suntan, and then by his smile.  Dividing his time between Miami Beach and the Hamptons, swimming and reading history books, spending a bit of time on philanthropy and pontificating about the future of finance; it might be a “gap year”, but it seems very comfortable.

And although Lloyd apparently would love to follow Hank Paulson, Robert Rubin, Jon Corzine and other Goldman alumni into public service, he might be better suited to the world of entertainment.  “DJ D-Sol” has the musical career, but Lloyd has a natural warmth and comic timing which we thought was sorely underused in the “Goldman Sachs At 150” movie.  A few tight five-minute sets at small New York clubs, a couple of headline appearances at clubs in the Hamptons and it wouldn’t be too hard to see him in a Netflix Special.  If Steve Mnuchin, his former protege at GS, still has clout in Hollywood, you could even see him doing well as a character actor in something like the next Ocean’s Eleven reboot.

Nonetheless, it can be tough for people to come back down again once they’ve tasted the rarified air at the top of the mountain.  Lloyd admits that he mainly misses the camaraderie and the feeling of having “something to fret about all the time”.  If you’ve once been the most important person in the room, it’s hard to adjust to that no longer being the case.  It must be easier, though, if you never took yourself too seriously in the first place, and that’s one thing that Lloyd Blankfein seems to have been very good at.

Elsewhere, high up in the Swiss Alps (and these days, also the Rockies), there’s a firm of private equity guys who are also determined not to take themselves too seriously.  The management team of Partners Group have a history of fun stunts at their annual retreats – they used to give investors presents of homemade jam, with a little video of the CEO picking the apricots and cooking them.  This year, CEO David Layton decided he was going to ban the use of the word “deals”.

The idea was to try and shift the culture to a more industrial and less transaction-based mentality, but it was a difficult shift – it’s like banning the word “data” at Facebook or the word “settlement” on Wall Street.  So they decided to enforce it with an honour system making top managers contribute a thousand Swiss francs (about $1,000)  to the company’s charitable giving arm for every offence.  The company’s co-founder said it three times in a speech and had to take a picture of three crisp CHF1000 notes for the intranet.

Of course, as well as sending the intended message, a policy like this also sends the message that senior Partners Group staff are rich enough that they can fine each other a thousand bucks a time without anyone getting angry.  You can’t completely change the culture, after all.

When one senior person goes, it’s much more likely that his or her colleagues will also leave; like Citigroup, Credit Suisse has lost a lot of MDs in the healthcare and life sciences teams this year. (Business Insider)

Employee loyalty has gone through the floor, people are reconsidering the amount of meaning in their lives, and it’s much easier to open up a Zoom chat than to fake a dental appointment in order to sneak out to meet a recruiter.  No wonder banks are finding it difficult to hang onto staff. (Finews)

Unsurprisingly, the new boss of Mossad doesn’t have a LinkedIn, but profiles of David Barnea confirm that he used to work for a local investment bank in Tel Aviv.  (Military.com)

The best-dressed man in banking managed to colour co-ordinate his reading glasses with his watch, as Andrea Orcel sat in court for the testimony of Axel Weber, confirming that UBS had never said they would negotiate over his unvested bonus. (FT)

Orcel’s physical absence didn’t mean that the pace of restructuring was slowing at Unicredit, though – fifty London-based traders have been told that their jobs are moving to Milan, and they’ve got until the end of the year to decide if they want to follow them. (Bloomberg)

Brexit isn’t bad news for everyone, though – self-titled “diva of divorce” Ayesha Vardag thinks that spouses of the extremely rich will be attracted to take advantage of Britain’s unusually generous courts. (Financial News)

The “Calm Line” is an initiative of the Colombian government which men can call if they feel that toxic machismo is overtaking them.  Some possibility of this being extended to a few banks? (NYT)