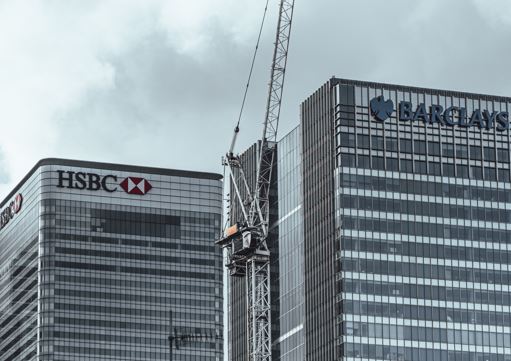 Three years ago, Barclays was doing some big hiring. In 2018, under erstwhile head of the investment bank, Tim Throsby, it added 50 managing directors to its markets business and 19 to its banking business in the 18 months to October 2018. This year, some of those managing directors have been doing some hiring of their own, and Credit Suisse has been their favourite place to shop.

As we noted in June, Credit Suisse was already established as a major donor to Barclays' equities business. Stephen Dainton, the deputy head of Barclays' global markets business worked for Credit Suisse previously (before he was let go in 2017), as did various other members of the equities team. This year, Barclays has been stocking up from Credit Suisse in fixed income trading and investment banking too.

It's in investment banking, however, that Barclays has benefitted most from Credit Suisse's discomfort. The Wall Street Journal points out that Barclays has recruited bankers like Tim Devine (financials), Eric Federman (technology and media), Ihsan Essaid (co-head of Americas M&A), and Kamal Ahmed (semiconductors) as it pushes to become the only non-American top five player globally. Newly promoted New York heads of banking John Miller and Jean-François Astier are planning to keep hiring in the Americas, while the Barclays also rebuilds its presence in Asia and Australia.

It's too early to ascertain the fruits of this recent recruitment, but Barclays is due to publish its second quarter results tomorrow and one thing will be watched carefully: costs. Barclays is targeting a 60% cost income ratio over time, but costs were already 61% of income in the first quarter and Barclays CFO Tushar Morzaria has said they're likely to rise higher in 2021 as the bank invests and accrues higher variable compensation (bonuses) than last year.

Now that activist investor Edward Bramson has sold his stake in Barclays and abandoned his efforts to persuade the bank to curtail its investment banking and markets activity, Barclays is theoretically liberated to invest heavily in bankers and traders again. However, some banking analysts are already looking askance at the strategy: “The question now for Barclays is: How low can they hold the cost-to-income ratio for that division?”, said one analyst to the Wall Street Journal, referencing the corporate and investment bank (CIB). Revenues at investment banks everywhere have recently been exceptional, but will Barclays' CIB really generate revenues to cover its elevated costs when things get back to normal?

Separately, while many of this year's banking interns hit bars and clubs, some will be holding back. The New York Times has spoken to one former intern who says 8.30am to 10.30pm as an intern on Bank of America's bond desk around 2015, and used the money she earned to send back to her family in Pakistan. If you're an overseas student supporting your family, she said technology and banking are the only options: they pay well and they sort out visas. Ultimately, she chose tech and now works for Apple: “I don’t want to work 14 to 15 hours a day on something I don’t care about because it pays a ridiculous amount of money,” she said.

559 senior managers in financial services firms were made redundant last year, up from just 61 the year before according to research from one law firm. Brexit is thought to be to blame. (Financial News)

Anne Dias, the hedge fund veteran who was previously married to Citadel co-founder Ken Griffin is fundraising for a long short strategy to be managed by her fund Aragon Global Management. (Bloomberg)

Aon and Willis Towers Watson abandoned their $30bn merger after the US. government blocked it. (Financial Times)

Top JPMorgan banker Jimmy Lee advised his son against going into banking.  "Honestly, J, the way that I’ve seen that we work these kids, I’m not sure that I want that for you.” (New York Times)

Photo by Joshua Lawrence on Unsplash