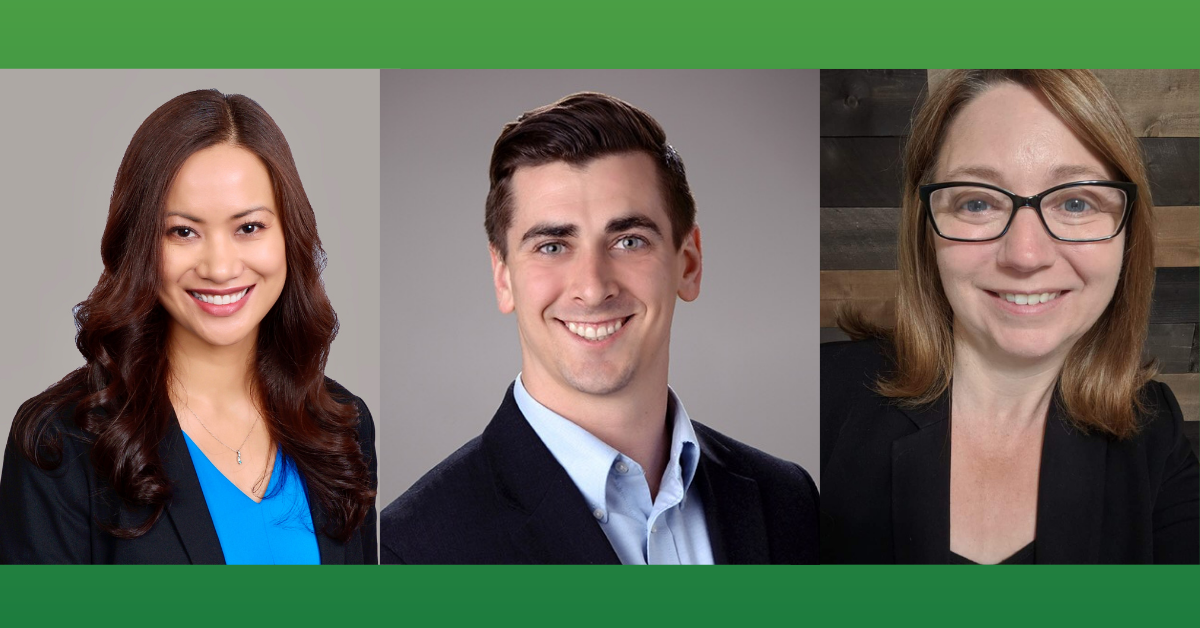 Gay’s career path into the financial services sector is both inspirational and unconventional. When Gay graduated with an IT degree, she found that technology jobs in her country, the Philippines, were hard to come by. “I’m not from a wealthy background, so to support myself I took a role in pharmaceutical sales. But by 2006 I was struggling financially as a single mom,” says Gay, who now works as a Financial Consultant at Fidelity Investments in Redmond, Washington.

To boost her income, Gay left the Philippines and secured another sales job – this time on a luxury cruise liner. “I lived rent free and travelled the world, but although I could finally provide for my family, I had to live apart from them, which was a huge sacrifice,” says Gay. After five years at sea, Gay married and moved to Washington State. She got her break into finance when Wells Fargo hired her as a bank teller, and then grew her career across three other firms, before joining Charles Schwab as a junior financial advisor.

Last year, Gay decided to take her career to the next level by training to become a fully-fledged Financial Consultant at Fidelity. “I attended a networking event at Fidelity and got a taste of the inclusive culture. I just felt like I belonged here,” she explains. “Having grown up in poverty, I’ve seen the positive impact of saving and investing first-hand, so I wanted to work somewhere that empowered me to help others with their finances,” adds Gay.

Gay isn’t the only person who’s made a big career change thanks to Fidelity. Patrick had just spent 10 years in the U.S. Army when he became a Financial Representative, an entry-level role, at Fidelity via a corporate fellowship. “I’d been interested in investments for a long time, so I applied to several financial firms when I left the army. Fidelity really stood out. I walked into a local Fidelity branch one day and the manager was kind enough to give me 10 minutes to explain what the firm is all about,” he says.

Patrick ended up working for the same manager, based in a Portland, Oregon branch. “He and the whole team motivated me to be successful and supported me in getting my FINRA licenses. The career progression opportunities here are great. Fidelity has also allowed me to use some of the skills I learned in the army. As a captain of 85 soldiers, I got to understand what makes different people tick, so now when I meet clients, I know how they like to be treated as individuals,” says Patrick. In 2020, just two years after he joined Fidelity, Patrick worked his way up into a Financial Consultant position.

Both Gay and Patrick went through Fidelity’s comprehensive in-house training program, which lasts for about six months and equips its graduates to work with clients as level-1 Financial Consultants. “The program was one of the reasons I moved to Fidelity. Instead of being thrown in at the deep end with clients straight away, Fidelity supports you and makes sure you’re ready for client work,” says Gay.

Sherry also took advantage Fidelity’s training to change the course of her career. After 18 years in the financial industry, most recently as a business development director at a wealth advisory firm, Sherry joined Fidelity in June 2020 and graduated as a Financial Consultant this January. “My background was primarily dealing with corporate retirement plans including plan design, vendor transitions and implementations, but I wanted to work with people one-to-one. Fidelity’s training was awesome because it taught me the basics of interacting with individual clients. Other firms couldn’t beat the training Fidelity provided to make this career move,” she says.

Despite training and working remotely because of Covid since she joined Fidelity, Sherry says her colleagues have been “incredibly supportive”. “I haven’t come across anyone who isn’t willing to help me learn. I know I can always reach out to people for advice – it’s part of the culture at Fidelity,” says Sherry, who is based in Grand Blanc, Michigan. “I now have a very rewarding and interactive role. I enjoy making new connections, hearing unique stories from clients, and providing them with recommendations to help meet their goals,” she adds.

Another advantage of working for Fidelity is that all level-1 Financial Consultants are supported by Relationship Managers. “At most firms, you only receive this assistance when you get more senior,” says Gay. “Fidelity wants to ensure that Financial Consultants can spend our days with clients, so we have Relationship Managers to take care of some of the administrative duties, such as booking appointments,” she explains.

Financial Consultants need to be well organized to succeed at Fidelity, says Patrick. He starts work each morning by planning his tasks for the day, and he then makes several calls to prospective clients. Patrick also has five appointments a day with current clients to discuss their financial needs. At the end of the afternoon, Patrick touches base with his Relationship Manager to discuss his upcoming agenda. “Being self-motivated is a key part of this job. There will naturally be days when people don’t want to hear from you, so when that happens you need the motivation to push on,” says Patrick. “And if you’re a new Financial Consultant like me, you have to be ok with stepping out of your comfort zone to advance your career.,” he adds.

Sherry says the best Financial Consultants are self-starters with a strong “internal drive” to grow and nurture their client network. “If you’re willing to put in an extra effort, you will reap the rewards at Fidelity. You also need to show curiosity and concern for your clients, and have a genuine interest in their lives,” says Sherry.

Gay says she would encourage people with an interest in finance and a desire to be a “trusted advisor” to apply for a job as a Financial Consultant at Fidelity. “Clients come to me for advice because they trust me to do what’s in their interests, so it’s my duty to deliver the best possible service to them,” says Gay. “It’s up to me to give clients the right tools to take control of their finances, and in doing so make a big impact on their lives. That gives me a lot of satisfaction in my job.”

To learn more about becoming a Financial Consultant at Fidelity and to apply, please visit branches.FidelityCareers.com.