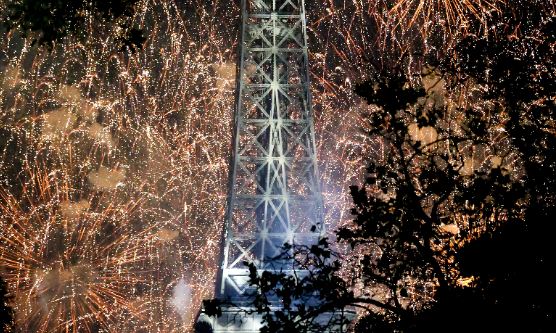 With banks shifting jobs out of London and into other European financial centres, those centres are starting to experience the sort of counteroffers and other hiring phenomena traditionally associated with London. In Paris, it's come as a bit of a shock.

"There's some real traction in Paris this year," says one senior trader at a French bank. "Overseas banks are ramping up their continental European operations and local banks are also hiring. It's become a good hunting ground for well-trained people. This is nothing unusual for other financial centres, but is all a bit new for Paris."

Bank of America, JPMorgan and Goldman Sachs are among the banks with Paris as a primary base in continental Europe after Brexit. Staff are being dropped in from London, but there's also hiring on the ground and the need for replacements - Bank of America, for example, has lost various senior Paris-based equities professionals.

"Hiring in Paris is certainly very strong and has picked up this year," says Stephane Rambosson, co-founder of search firm Vici Advisory. "Some people are getting multiple offers and pay is rising."

Florian Genet, a Paris-based headhunter at Florian & Sacha Associates, says recruitment at Paris banks is up around 20% on the pre-Brexit norm. Claude Calmon at investment banking-focused Calmon Partners, says the French market is attracting more and more international candidates who don't speak French as a first language (or even at all). "The increase in cross border deals is pushing French teams to recruit Brits, Italians, and German, Spanish candidates," says Calmon. "France is also attracting major hedge funds and private equity funds. - We now have all the top tier names here."

Jeanne Segalen at headhunters Segalen+associés says they're experiencing one of their best years ever in terms of fees. "Our clients are recruiting massively," she says, pointing to strong demand for investor relations professionals, to traditional clients adding new strategies and funds, to demand for FIG and healthcare bankers, to U.S. players arriving and setting up new offices, and to advisory boutiques poaching financial sponsors bankers with private equity clients.

The influx of international firms has the potential to cause trouble for French banks which typically pay a lot less than the incomers. At SocGen, for example, top traders and bankers received an average of €597k last year. In London, U.S. banks typically pay twice as much. This might be why a handful of senior traders have left the French bank's Paris business in recent weeks. - Edouard Midy, head of EQD delta1 trading for Europe at SocGen is understood to have quit, along with Tejus Trivedi, a director in equity index volatility trading, who's understood to be coming back to London.

Segalen says French banks are trying to be competitive but still don't pay as much as Anglo Saxon banks and U.S. players. "French banks pay 40% less than U.S. banks, especially when it comes to bonuses," she says. As the French market for banking talent becomes more like London, this matters. However, French banks also offer an opportunity for lifestyle arbitrage, with shorter hours associated with their lower pay. It will soon become apparent whether French bankers and trades still want that option.

Photo by Yiwen on Unsplash