Banks now desperate for this year's graduates to start ASAP 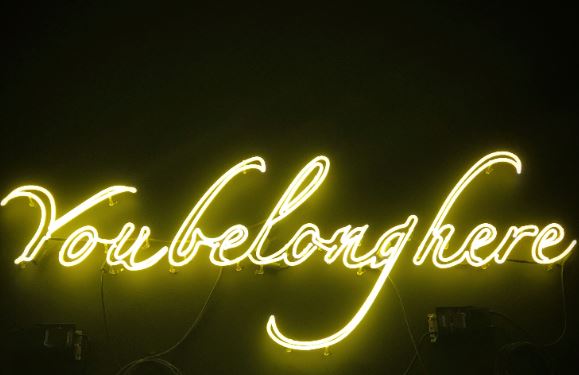 This year's graduate recruiting round in investment banks is rather different to last year's. In 2020, with the pandemic still new and working from home a novelty, banks were apprehensive about the arrival of their graduate classes. - Many tried to delay them by a few months; Evercore famously offered its graduate hires $25k to stay away until June 2021.

A year later, and banks are more likely to be found paying graduates to join them as soon as possible rather than paying them to play computer games for a year. In the downdraft from the Goldman Sachs' analyst complaints about working hours, most banks are scrambling to hire extra junior staff to reduce the pressure on those they've already got. The quickest way of achieving this is to persuade the graduate class to join early.

Credit Suisse was the first to publicly air this strategy, when it said last week that it was inviting new graduates to start on June 1st instead of in July. Bank of America revealed yesterday that it's doing the same. Other banks are certain to follow.

The rush to welcome new graduates has the potential to be problematic, however. First year analysts aren't fully functioning beasts of Excel and can be time-suckers more than time-savers. And because the new joiners are sitting at home instead of in the office, second year analysts arguably have to spend more time than usual handholding and rectifying mistakes. The current cohort of burned-out first years might find therefore become even more exhausted than before when their replacements arrive.

Things could potentially run more smoothly if everyone's back in the office - which seems likely at Goldman Sachs and JPMorgan at least - but this too has risks. The revelation that Goldman's interns will be in the office this summer is reportedly creating panic among its interns who are rushing to find shared houses in NYC (and presumably elsewhere too). "Everyone was like, 'Oh my God, we're in person. What are we going to do? We have to find housing.' Things went really quickly," one incoming GS intern told Business Insider, adding that there was almost nothing available this late in the year. Graduates starting in June will likely face similar constraints. And if they do find housing, the creation of clusters of unvaccinated 20-somethings living and working together in close conditions in major cities may end up being premature for this stage of the pandemic....

Separately, banks are now dropping tokens of appreciation on juniors on a daily basis. Yesterday, Bank of America hiked salaries below VP level, thereby following Credit Suisse, Moelis & Co. and Apollo and Warburg Pincus (private equity funds). Now, William Blair seems to have done the same with a one-time spot bonus of $20k for everyone below VP-level who joined before February 2021, and $13k for juniors who joined after.

Not all banks are raining money though. Goldman has yet to offer a substantive response to the complaints by its 13 analysts, and Barclays - which said yesterday that it wants to express "a culture of care for mental health,” is talking about time off instead of timely windfalls. - The British bank wants analysts and associates to stop working between 9pm Friday and 9am Saturday (unless they're on live deals). It says analysts shouldn't be assigned work that has a Monday deadline after noon on Friday, and that client meetings shouldn't take place on Mondays at all if possible. Barclays' senior bankers are being asked to provide clear and specific outlines for materials they need for client meetings to avoid a “kitchen sink” approach to pitchbooks. Barclays' juniors are also being asked to completely disconnect from work for two lots of five days each year.

All of this sounds slightly reminiscent of policies previously introduced at Barclays to cut juniors' hours in 2014. This time, they will hopefully work - or juniors might want some more money instead.

Goldman Sachs is accused of burning out technologists on its Marcus digital store front team, in charge of creating the customer-facing technology that appears as an app or webpage. Seven or eight have left in recent months. One said it wasn't unheard of to get a text over the weekend requiring him to log on and fix a problem — a request that would sometimes take over the rest of his weekend. (Business Insider)

In October, Greensill asked Credit Suisse for a $140 million loan. The bank’s London risk managers initially rejected the application. The loan went to Lara Warner, who had been promoted in July to head a combined risk and compliance unit. She and other executives approved it. (WSJ)

Since 2016, futures volumes traded via algos at JP Morgan has increased 40% year-on-year. Algos now comprise almost 20% of the bank’s total futures trading flow, up significantly from roughly 4-5% in 2016 and 2017. Customisable algos are particularly popular. - Volumes have roughly tripled in the past three years, and there were almost 50 customisations in 2020, up from close to zero in 2017.  (The Trade)

Optiver is launching a new office in Singapore. “We have also been tremendously impressed by the talent in Singapore as we look to recruit locally.” (The Trade)

JPMorgan hired a new co-head of healthcare M&A and a new head of power and renewables M&A from Citi. (Bloomberg)

Post lockdown hairdressers are working banker hours. “It’s been full-on. We had 150 missed calls when we were off on the bank holiday Monday, so the first thing we did on Tuesday was book all those people in too. We’ve had to try and book some clients in for May as April is filled up, but they don’t like that as they want to be seen in the first couple of weeks, so that’s challenging.” (Independent)

Britain's Archbishop of Canterbury is on the side of the Goldman juniors. " Ninety-five-hour weeks — in certain circumstances, fine. We all have times when you have to work ridiculous hours in a real crisis. But when you look at their return on capital employed, when you look at the remuneration of the really senior people . . . The attitude that you don’t hire some more junior people, so that they can work still a long, heavy week — a 50/60-hour week — but have time for family, for dating, for fun and sport, [means that] you’re saying nothing matters more than the maximum amount of money we can get..." (Financial Times)

Photo by Amer Mughawish on Unsplash