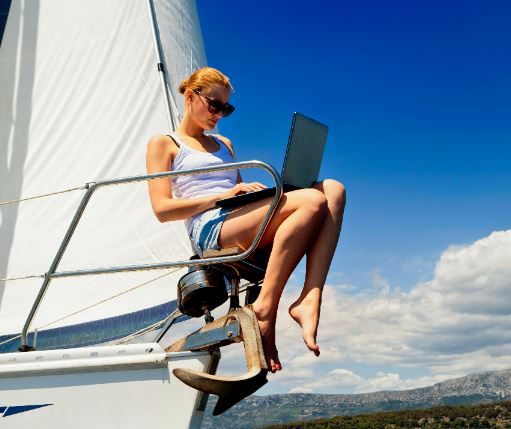 Working long hours as an analyst or associate in an investment bank has long been seen as a rite of passage: today's senior staff did it when they were juniors, today's juniors do it now, and when today's junior staff are senior they'll expect the same of the next generation.

David Solomon, CEO of Goldman Sachs, didn't begin his career as an investment banker. - He started out as a junk bond salesman at Drexel Burnham, the bond house with a 'Hobbesian' management style that blew-up in 1990. But Drexel's employees - who by their own accounts were motivated by nothing but money - were also sticklers for working hours. "The day started at 5, not 5:01. …You got in between 4:30 and 5 and got yourself situated," one former member of Drexel's capital markets team told Bloomberg five years ago.

It's easy to see, then, why someone of Solomon's ilk might object to the notion that junior bankers, who are supposed to be sitting at home during the pandemic waiting for "please fix" emails, should be out having lunch in fancy restaurants instead. Bloomberg reports that Solomon encountered one such Goldman employee at a restaurant in the Hamptons last year, and that they gestured across to some other Goldman associates who were also blithely dining in the middle of the workday. Solomon has reportedly been troubled by the encounter ever since. - It's become his 'go-to anecdote' when venting about Goldman's empty offices, says Bloomberg, and was presumably a catalyst for Solomon's insistence that he wants Goldman people back in the office as soon as possible.

While Goldman's Hamptons employees presumably had no knowledge of disconcerting effect their restaurant presence was having on their CEO, they're not the only junior bankers to take advantage of working from home to improve their lifestyles. - In February 2020, junior bankers in Hong Kong posted photos on Instagram of themselves hiking when they were theoretically working. Another 30 year-old banker from New York rented a house in Maine with seven friends in June so that he could hang out in the country and cycle when he wasn't working.

Why shouldn't junior bankers relax and manage their mental health during the pandemic? Without knowing the exact situation in the Hampton's restaurant, it's not entirely clear what Solomon was objecting to - it may have been that the associates were there for hours, or drinking beer, or ignoring emails, or any of the myriad of things that are inappropriate during the working day. Or it may have been simply that lunches away from the desk are not the prerogative of bankers at that stage of their careers.

Either way, next time junior Goldman bankers see their CEO in a restaurant they are advised to ignore him, to hope he doesn't see them, or to have their laptops on the table so that they're conspicuously working at the same time. Bloomberg notes that there's a potential double standard to Solomon's apparent objections given that he was in the restaurant too and that he's had multiple weekend breaks to the Bahamas. However, a spokesman for Goldman says Solomon "continues to work" while he's away for the weekend, and is,"back in the office first thing on a Monday morning."

Separately, the new outbreak of COVID-19 in Hong Kong is afflicting banks after spreading from gyms in the Central district. UBS and Standard Chartered both have one or more confirmed cases, and workers at HSBC's headquarters have reportedly been made to take mandatory tests. Credit Suisse and BNP Paribas have also been cited as having cases.

One Hong Kong office worker said the atmosphere has become "intense," although an HSBC employee said it was no big deal as everyone's mostly still working from home anyway.

Andrea Orcel will receive up to €7.5m ($9m) in annual pay, based on his fixed salary and variable compensation as CEO of Unicredit. For 2021 his bonus will be fixed instead of performance related. (Financial Post)

Christian Sewing says 2021 will be a harder year for Deutsche's investment bank: "We continue to expect investment bank revenues to decline year-on-year as industry volumes and volatility normalize from very high levels of activity in 2020.” (Bloomberg)

People are interviewing on Clubhouse. (Marketwatch)

Life at Revolut: "I think a lot of people struggle with that mentality of I’m going to be working 12, 13, 14-hour days, and if something comes up at the weekend, I’m going to be on that.” (Sifted)

India's Institutes of Technology are some of the most competitive places to get into. - 2.2 million people have registered to take the 2021 entrance exam, to vie for roughly 16,000 places. Successful candidates find themselves highly segregated by caste, and these resentments are transferred to the tech companies (and banks) that hire them. (Bloomberg)

A 32 year-old New York IT professional who works for a bank on regulatory software has created a spreadsheet that ranks women according to their 'goddess' attributes in an effort to find a girlfriend. (Economist)

Photo by Damir Spanic on Unsplash