Morning Coffee: How to make millions with a CFA Charter when you're unemployed. Bank cautions bonuses will vastly underperform profits for last year 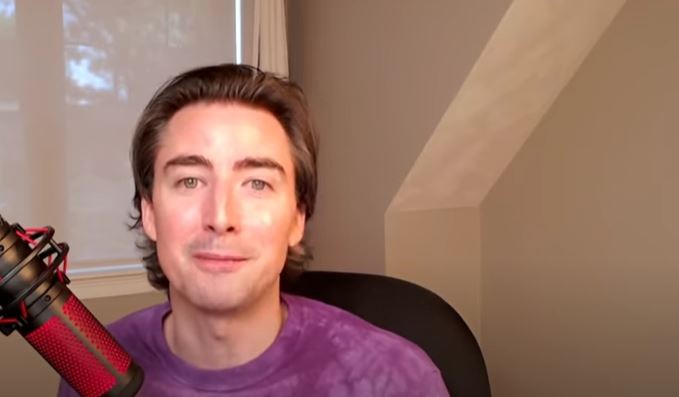 Only last week, people studying for CFA® exams were looking at the big money being made by wallstreetbets participants using the Robinhood app and feeling a bit left out. Now it seems that the hours of study necessary to achieve a CFA Charter might be worth it after all: the piper leading the wallstreetbets crowd has turned out to be a CFA Charterholder.

The man known to Redditors as "DeepF—ingValue” is known to the CFA Institute as Keith Patrick Gill. The CFA Institute's member directory shows that Gill was ordained as a CFA Charterholder in August 2015 aged 28. Gill no longer has a LinkedIn profile, but the Daily Mail has seen an archived version which says that Gill graduated in 2009 with a Bachelor of Science in Business Administration in Accounting from Stonehill College in Easton, Massachusetts, before becoming Chief Compliance Officer at Lucidia, an investment operations analyst for LexShares and then working in marketing for Massachusetts Mutual Life Insurance Co.. The Wall Street Journal says Gill is no longer working for MassMutual, so he's sort of unemployed. - Except that Gill has been very busy indeed.

In 2014 Gill set up a side-gig called Roaring Kitty LLC, which he described as offering investment advisory services. Roaring Kitty is Gill's Youtube pseudonym and he's spent the past year or so talking-up Gamestop (GME) on a YouTube channel with 274,000 subscribers, for which he makes an estimated $400 a video.

Gill's real money-earner, though, are GME shares themselves - which he began buying at least a year ago because he genuinely believed they were undervalued. This year alone, GME shares have risen around 1,600%, and on Wednesday last week Gill posted a screenshot of his brokerage account showing he'd made a $20m gain. Not bad when you've given up the day job. "When I was building this position last year we had nowhere close to a million dollars," said Gill in a video posted on Christmas day. "I certainly do not drive a Lambo, we rent this house that you see [the Daily Mail thinks he bought it for $595k, but hey], so it's been a wild ride for us as a family...."

While Gill makes a fortune wearing a bandanna and being a nice guy, most other CFA Charterholders and traders in investment banks are being shut out of the party. JPMorgan reportedly emailed its London staff last week ordering them to stick to its rules on personal account dealing (PAD), which restrict them to "long-term, non-speculative investing." One finance junior (not necessarily at JPM) took to Instagram to complain about the situation. "We are in the worst spot," he said. "We are finance people, so get bucketed in the hatred of the cultural revolution. But we're too junior to afford Hamptons mansions. And have we trading restrictions to get YOLO gains. So lose-lose for us." - Unless you lose your job, of course.

Separately, while Gill is making millions (on paper) leading an army of Reddit investors, banks are busy making staff aware that this year's bonuses won't be increasing by as much as this year's profits. We've already seen this happening at the U.S. banks, now UBS is explicitly telling staff not to get too excited. UBS's Asian employees should not "get carried away, just because we've doubled our [regional] profits," Edmund Koh, head of the bank's APAC business told the South China Morning Post. Compensation evens out so that in good years employees are effectively paid a smaller portion of the pie and in bad years they get more, said Koh. "Most [staff] should be happy," he added. UBS is due to announce its bonuses before Chinese New Year on February 12.

“He dresses as a pirate, but he has a thesis and it’s well-articulated...He could easily have been an analyst at some fancy hedge fund . . . This is not just nonsense gambling, in his case it’s thoughtful but aggressive risk-taking.” (Financial Times)

On Tuesday, Mr. Gill posted a picture on Reddit that showed his $53,000 bet on GameStop had soared in value to $48 million. (New York Times)

Steve Cohen has taken himself off Twitter. “I’ve really enjoyed the back and forth with Mets fans on Twitter which was unfortunately overtaken this week by misinformation unrelated to the Mets that led to our family getting personal threats.” (Bloomberg)

Citadel Securities cashed in on the Reddit frenzy. “We witnessed an extraordinary level of retail trading last week,” a Citadel Securities spokesperson said. “At many times over the course of the week, the large brokerage firms depended upon our capabilities to handle the deluge of orders.” (WSJ)

Alternative data provider Quiver Quantitative scrapes data off the 4.5m-strong Reddit message board r/WallStreetBets, identifying the most talked-about companies, and using language processing to determine whether sentiment is positive or negative. (Financial Times)

A lot of losers, of every variety but especially the people who play video games, also spend a lot of time on Reddit, or Discord, or Twitch, live-streaming, shitposting, and just having fun...When they were doing this, some of them noticed that Wall Street was also just a game, and a very profitable one. (AmericanCompass)

Andrea Orcel could be a cultural shock at Unicredit. Early on at UBS, he reportedly said in a private gathering that bankers should be on duty 24/7, suffer sleepless nights before pitching for business and be paranoid about winning mandates. (Bloomberg)

LIBOR trader Tom Hayes is being released from prison after six years. While he was there he took advantage of a work release program to get a job at Dando Drilling International, where he helped with the accounts, computer systems and foreign exchange. “People took to him, he was very helpful. It didn’t matter what we needed doing, he was always ready to help.” (Bloomberg)

Micro-expressions in video interviews can reveal a candidate's suitability for the job. (Springer)