Morning Coffee: Goldman Sachs' partner squeeze unsettles MDs. ADHD can help you reach the top in banking but maybe not stay there 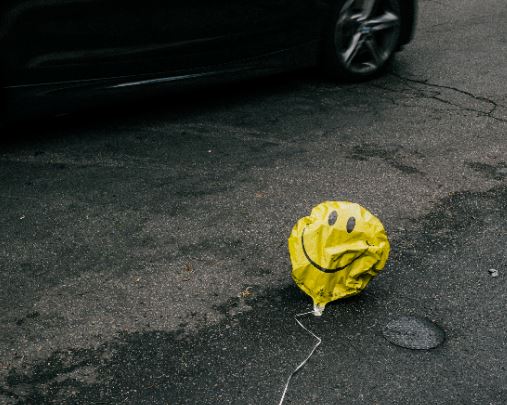 Ever since reaching the top at Goldman Sachs, David Solomon has been quite consistent in saying that he wants the Partner rank to become more exclusive.  This meant a significantly smaller class of 2018 (69 names, down from 84 in the 2016 round) and it appears that this biannual round will be smaller still – according to “executives familiar with the process”, Mr Solomon may even be looking for something with a five at the front of it.  The “cross-ruffing” selection process will be taking place remotely as well, which might mean fewer opportunities for a particularly passionate case to be made for last minute additions.  It looks like 2020 will see more fake smiles and slightly-too-hearty congratulations messages among the Managing Directors (MDs) than usual.

Part of the reason why Mr Solomon wants to reduce the flow of new partners (and potentially to “de-partner” some of the existing ones) is that he wants to make the club more profitable.  To that end, it seems that the partners are going to be offered Softbank-style loans (although perhaps in more sensible amounts, like half a million dollars) to help them buy GS stock or take advantage of the perk of coinvestment in the bank’s private equity funds.  The WSJ and Bloomberg also seem to be reporting that the partners will now be taking “a share of the profits” of the investment funds, on carried-interest terms.  This is something which comes and goes in the partners’ remuneration structure – sometimes in the past they have preferred to organise fee-free employees-only funds instead.

When the smaller partner pool is announced, it's likely that a significant number of the MDs left grinding their teeth will be white and male.  It’s an effect startlingly similar to financial leverage – if Goldman’s top ranks have (as they do) the twin ambitions of improving diversity at the Partner level, and shrinking the overall number, then simple arithmetic means that the “white male” category is going to have to take a disproportionate share of the overall reductions. Effectively, the current generation of white male Goldman high-flying MDs need to bear the cost of correcting past gender and ethnic bias on the part of older people considerably more guilty of the underlying sins than themselves.  Although presumably to complain too vociferously about this would be to deal oneself out of consideration for not being a “culture carrier”, it’s bound to cause a bit of grievance.

And, of course, in many ways the post-partnership departures will be as significant as the new arrivals in terms of determining the shape of the firm – the expectations management exercise and denials that there’s anything unusual about the number of retiring partners are as much a part of the biannual round as the promotions themselves.  Some will have been “tapped on the shoulder” and invited to move on before de-partnering becomes a conversation, some will go into government and some will just feel like the next three-year plan isn’t for them.  Last time round, it seemed like the bank was moving away from a trading culture and toward technology platforms and consumer banking; in a very different environment it will be interesting to see if that trend continues.

Elsewhere, a story of attention deficit and hyperactivity disorder on Wall Street.  It might stir a few jolts of recognition in trading floors and banking offices, as the pattern of a youthful obsession with the market, strong intuition and creativity but chronic disorganization is not exactly unfamiliar in the industry.  The author seems to suggest that his ADHD might have been a blessing in his early career, as he thought laterally and produced results, but became more of a problem as he rose up the ranks and was expected to display management skills and to do things by the book.  In the end, trying to fit in with conventional banking started to cause him anxiety and depression, leading him to get his condition diagnosed.  The article doesn’t say if he was prescribed medication for it, but just understanding his symptoms seems to have helped a lot – and he must have been quite a good banker as the career switch he then chose was to being a “full time independent investor”, which is a job title effectively meaning “rich guy”.

“There are areas that have been able to stay productive, and there are those that have fallen a bit short … We’re undertaking a review to find out why, and how we can improve the situation”. Nomura CEO Kentaro Okuda takes an almost unique approach among banking CEOs by keeping an open mind and doing some research on the question of work-at-home versus back-to-office rather than opining based on personal gut feel. (Bloomberg)

All the pain for a fraction of the fees?  After the Palantir direct-listing IPO, Morgan Stanley has apparently been in discussions with an aggrieved client over glitches in the Shareworks trading system. (Business Insider)

Different people handle unemployment differently – Sanjay Shah decided to set up “Solo Capital Partners”, targeted on the “Cum/Ex” dividend arbitrage. This has left him with a fortune of $700m but unable to leave Dubai for fear of being arrested. He may not be his own best PR man by saying things like “Prove it”, “Bankers don’t have morals” and “They should blame their own legal system” in interviews. (Bloomberg)

A frightening prospect for bankers; “long Covid” symptoms seem to include a prolonged loss of mental sharpness and “brain fog”.  Also a worrying prospect for employers, as it seems possible that these will be covered by disability law and require accommodation to be made. (Bloomberg)

An optimistic take that the coronavirus crisis will provide an opportunity to revise some of the worst features of the modern workplace, particularly those which drive out women. (FT)

Goodbye to school fees paid, luxury villas and servants – hello to sitting in the living room of an apartment on a Zoom call while the government wonders out loud why you aren’t being replaced by a local.  Singaore expat life isn’t as much fun as it used to be. (Bloomberg)

Photo by Nathan Dumlao on Unsplash