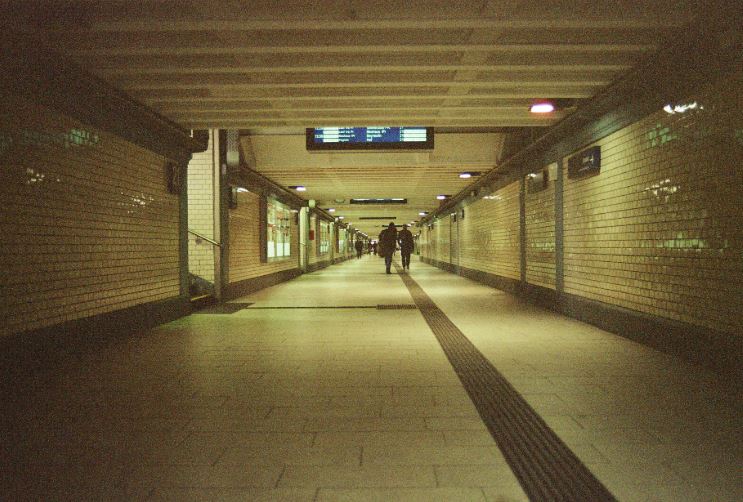 As financial services professionals the world over share images of working from home, it's easy to forget that a small minority of people in finance don't have that luxury and are still required in the office. As the virus spreads, some of them are increasingly anxious - especially those now based in back-up sites away from home.

In most cases it's traders who are still leaving for work each day. Designated as key workers providing essential liquidity to financial markets, traders get a pass to get out of the house. However, it's not just traders: our recent survey on working from home found that while two thirds of in-office finance professionals in financial services are traders, another third are support staff in areas like risk, finance or operations.

Many of these question why they still need to come in. At every bank there are ongoing complaints that employee health isn't the top priority. "The narrative with governments has been that we provide essential liquidity by staying open," says a typical complainant at a U.S. investment bank. "However, we could easily provide this liquidity with traders working from home - the only reason to mandate working from the office is to gain an edge on competitors."

Traders and support staff working in remote offices face additional stress from longer commute times or living away from families. BNP Paribas staff who typically live in West London and who previously worked in the bank's office close-by are now expected to commute to a back-up site in Romford, 20 miles away. Nomura traders are working on a back-up trading floor in Farnborough, over 40 miles from the office in London. And some of JPMorgan's traders are working in Basingstoke, nearly 60 miles outside London. Although banks typically pay for taxis or uber drivers to take employees in and out of the remote office, commuting times are long and employees remain anxious about the risk of infection. "It's a risk to both us and to the drivers," says one.

With most staff 'non-essential' staff now working from home, some banks are questioning whether they even need to keep back-up sites running. Goldman Sachs, for example, started out by moving some staff to Croydon outside London, but has now closed its Croydon trading floor and set up most people who were working in London at home. That's freed-up office space in Plumtree Court, Goldman's London headquarters, where a separate trading floor has been set up for the people who were previously sent to Croydon.

JPMorgan doesn't seem to have espoused this approach. Instead of relocating traders to newly empty areas at its headquarters in Canary Wharf, it's understood to have traders and support staff operating in Basingstoke, Blackfriars and Canary Wharf. JPM insiders suggest this is a problem, particularly for people sent to Basingstoke.

At over hour away from London, the Basingstoke office is considered too far away for some London-based staff to commute in and out of. As a result, insiders say JPM has attempted to find them accommodation nearby. Initially this took the form of the very fancy Four Seasons Hotel in Hampshire but when this was closed a few weeks ago some JPM employees were reportedly moved to serviced apartments in Basingstoke town. While this obviates the need to commute from London, many say they'd rather be working from home - but that the bank mandates their presence. JPMorgan declined to comment.

JPMorgan isn't alone in having worried staff - most banks are being similarly lambasted by concerned individuals questioning why they can't just stay at home. As the virus peaks in London and New York, concerns are likely to rise further. It doesn't help that as the virus spreads banks have given up informing all employees on the incidence of infections within each organisation. This is intensifying the angst, particularly as a lack of tests makes it impossible to confirm whether the virus is spreading between staff still in the office.

"We've had people with classic coronavirus symptoms like coughing blood, fever and extreme fatigue, and although they've gone home the rest of us have been asked to keep coming to the office," claims one bank employee. "We've raised concerns with managers, but they've been dismissed," he adds. "We're increasingly concerned for our safety."