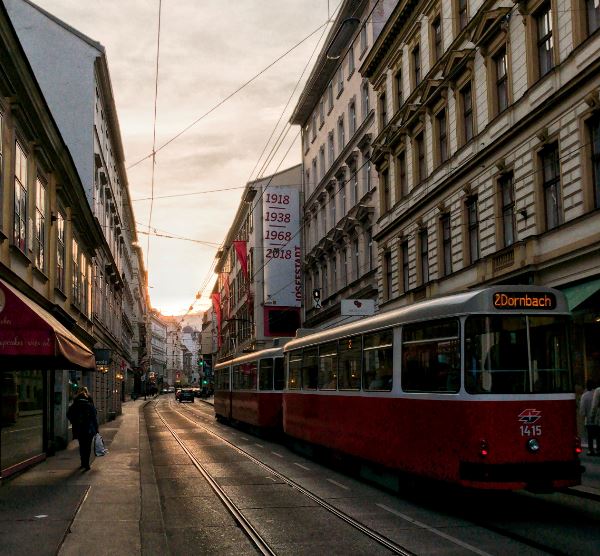 After 19 years in banking, Martin Brunninger was headhunted. Not by another bank, but by a government body: in July 2019, Austria decided it wanted Brunninger to become the director general of its department for health and social care.

It's a big job and one that's even bigger in a world invaded by a new virus with a comparatively high mortality rate. "I got the call," says Brunninger, whose official title is now Director General of 'Dachverband der Sozialversicherungsträger,' an umbrella organisation responsible for the health and social insurance of 8.5m Austraians. Where previously he managed a team of 20 bankers, Brunninger now runs a team of 350 people and a broader organisation of 20,000.

As banking exits go, it's not exactly typical but Brunninger's two decade banking career and academic background prepared him for his new 'adventure.' "I have a masters degree from the London School of Economics in healthcare economics," says Brunninger, who worked in healthcare investment banking at Lehman, ABN AMRO, J.P. Morgan and Nomura before becoming an MD in healthcare equity research at Jefferies and then founding Goetzpartners Securities, a healthcare-focused mid-market boutique.

In his new role, Brunninger is overseeing the reform of the Austrian healthcare system on behalf of the Austrian government. "We had a very fragmented landscape of 21 statutory insurance companies, which we merged into five," he says. Dachverband der Sozialversicherungsträge is the umbrella organisation managing the five consolidated insurers. "There's been a rationalization of costs and services," says Brunninger. "Everything from how services are offered to how medical devices and drugs are assessed and reimbursed."

It was a complex role even before the outbreak of the coronavirus, but Brunninger says it's a good break from banking. "I am shaping and restructuring the whole state healthcare system. It's a much more important and rewarding role than working in banking." Of course the salary is, "different," he adds, but the broader rewards outweigh the financial penalty.  The processes are longer term and more protracted and the people more amenable: "The roles here are very much defined and it's about big strategies and slow implementation," says Brunninger. "In banking, every day is a different project and the day to day management of people is more challenging."

Brunninger is keen to encourage other bankers to join government departments too. "I would highly recommend it," he says. "When I was a healthcare banker the government was always the biggest buyer of the product, so this has been a fantastic opportunity to get to know the customer." He says the same dynamic applies in other sectors like oil and gas, infastruture and building and construction. However you need to do your years in banking first: You can't add as much value as a junior."

Photo by Riccardo Gazzin on Unsplash