How to handle the end of your banking career 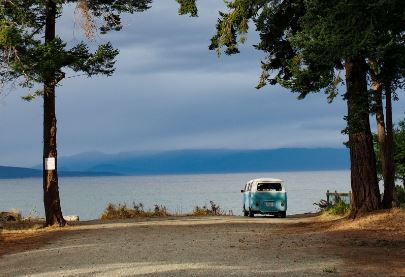 A few months ago, I left my job heading a major department at a leading investment bank after a career that spanned two decades. This is my advice for anyone else stepping away from finance: breathe.

When you leave a job in banking, often involuntarily, your first instinct is to try to rush straight back in. People are used to be being busy and they want to do something new as soon as they can. However, this isn’t a path I want to take. I have taken time out and have stepped back.

This is partly out of pride. When you go back into the industry after leaving a major bank, the tendency is to join a tier two or even tier three firm. My career was at the best players in the market: to return and work at a lesser institution would seem like a step down. In today’s market it also brings a high risk of failure. I have had a few headhunters call and ask if I’ll work somewhere where there is almost no franchise. On paper that would be fun but the reality is that you now need so much technology and so many people behind you that I would be set up to fail. – Look at the hundreds of people who moved from Lehman to Nomura after Lehman went bust. They got nowhere; I don’t want to repeat that.

Of course, I could always be cynical and I know many are. – It’s often possible to move to a second, third or fourth tier house on a large sign-on, to stay for two years and then leave after achieving very little. Again, this is not my approach.

Instead, I am enjoying doing comparatively little for the first time in decades. My children are young teenagers and I am finally able to spend some time with them instead of working in London during the week while they have lived with my wife at our home in the country. I am getting up later and spending more time with my local friends who I only saw at the weekend until now. Their lives are very different: one runs his own building firm and if he wants to leave work on Wednesday at 4pm no one comes to hunt him down and ask what he’s doing; it’s been revelatory.

For the moment, though, I have no intention of becoming a local businessman. Instead, I am looking at becoming a non-executive director (NED) or maybe moving to the buy-side.  Being an NED appeals as it engages the brain and would allow me to apply my understanding of businesses to start-ups. I’m hopeful of developing a portfolio career, but understand that it will take time. Fortunately, I have three years of deferred bonuses to help ease the transition.

In the meantime, I’m still in touch with former colleagues and friends in banking but this too has been an eye-opener. The people who’ve reached out to me off their own backs are not the ones I’d expected to hear from, while those who I worked with closely have disappeared almost overnight. This is what can make leaving banking doubly hard: you lose your job and your community. However, a slower life has definite benefits. Don’t be in a hurry to do anything for the sake of getting back in.

James Thomas is the pseudonym of a recently ex-head of a front office markets department at an investment bank in London.

Photo by Alvin Engler on Unsplash