Banks stopped announcing when employees have the virus 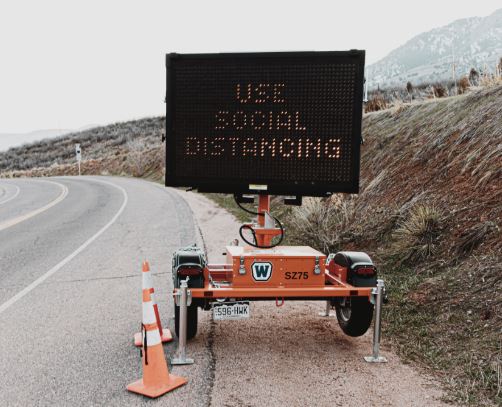 Not so easy when you're on a trading floor

This time two weeks ago, most banks informed all employees when a member of staff was diagnosed with the virus. Fourteen days on, there are complaints that visibility on colleagues' infections has been greatly reduced.

At Bank of America in Hong Kong, for example, insiders claim that they only found out about a case on the Level 39 trading floor from an annoucement from the building's management. At Goldman Sachs in New York, insiders say employees are informed when someone on the same floor is infected but not when someone in the building goes down with the illness.

Banks don't comment officially on coronavirus communication policies, but the change in strategy is clear. Goldman Sachs - which has offered a lot of visibility on its approach during the crisis - hasn't announced an employee infection on its communication page since March 16th, for example.

With very few people still in the office, banks say company-wide updates on infection rates are less necessary than they used to be. Our survey on working from home reveals that nearly 90% of the finance industry (or at least of our 460 respondents to date) are now homeworking. Communicating infection rates is far less important than it was when thousands of people were in the same building.

The people who are anxious, however, are precisely those who are still required in the office. - Typically salespeople, traders, and some compliance and risk staff. At every bank, many of these 'core workers' appear to be experiencing high levels of anxiety and are questioning why they can't work from home too. While banks are doing their best to protect them with spaced-out desks, private travel allowances, masks, and policies to prevent non-salespeople and traders from entering trading floors, some are still concerned about their vulnerability to infection.

"People have voiced their preference to work from home because of safety concerns," says a trader at another major U.S. bank. "However, management has insisted we come into the office because the "controls" are better." With most people now in isolation at home, people still needed in banks' offices fear they are taking a risk - and they want banks to be as transparent as possible about what that entails.

Photo by LOGAN WEAVER on Unsplash