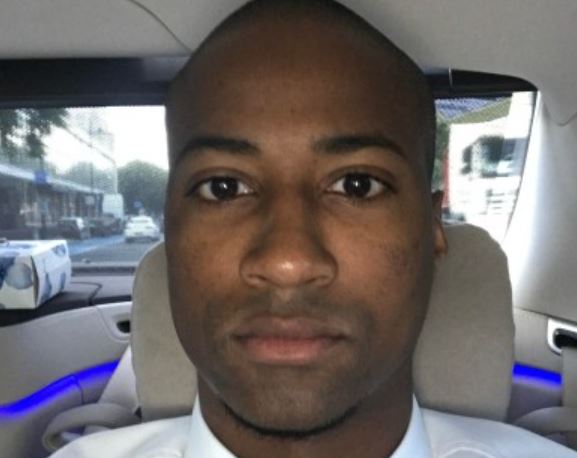 If you're Goldman Sachs, it's difficult to claim that you're truly diverse when only one partner in your entire markets division is black. Unfortunately, this is the situation that Goldman now finds itself in following the exit of one of its most valuable 35 year-olds - Darren Dixon, from its structured finance business.

Dixon wasn't just a valuable role model for the 7% of black vice presidents (VPs) Goldman wants on its staff by 2025. He was also a big producer. He was promoted to managing director aged just 29, and made his name working on Latin American structured finance deals. Dixon was a loyal Goldmanite, having been at the firm for nearly 14 years after joining as an intern from William & Mary college in Virginia.

Dixon is reportedly leaving Goldman, along with its $950k partner salary, plus a bonus, plus various special rewards, to set up an infrastructure-focused fund that will invest in ways not dissimilar to his group at the firm. Speaking after he was promoted in 2021, Dixon said the biggest barrier to getting ahead is self-doubt. "Your inner me is your biggest enemy," he reflected. Presumably he has overcome that doubt and decided he can do better with his own firm.

Dixon's exit leaves Goldman with one single black partner to carry the torch for diversity in the markets division. This is Brian Robinson, head of U.S. prime brokerage sales. Speaking in December, Robinson underscored the sacrifices he'd made to achieve his position: "I grinded through three jobs every summer so that I could meet the additional financial commitments to going to university.”

In February, Margaret Anadu, another black partner at Goldman Sachs, quit for a new role that has yet to be revealed. Currently on gardening leave,  Anadu said she joined Goldman as a staging post on the way to changing the world as a lawyer but that something "clicked' about finance. She ended up staying for over 18 years and would sometimes sleep under the desk.

Separately, after Citadel Securities denied that it relishes in poaching staff from Goldman Sachs, Citadel the hedge fund has been speaking to Business Insider about its special scheme for poaching top technologists from Goldman and Google.

Known as NXT, it's reportedly a "key recruitment channel" for Citadel and is all about targeting people with between two and six years' experience who are currently working for banks or big technology firms. Umesh Subramanian, Citadel's chief technology officer, said the program is all about hiring people who have already "been in selective companies who hired them from exceptionally selective colleges." The new hires join a two-year mentorship scheme and work closely with portfolio managers and analysts. Subramanian said the scheme has been very successful and very popular, and that the results have been "profound."

Entry-level analysts in the City of London are now on salaries of £63k. JPMorgan is paying £70k. (Telegraph)

Eva Shang, a 26 year-old Harvard drop-out has raised $400m for a private debt fund focused on litigation finance that uses AI to comb through court databases and identify cases it might win. Shang lives in a shared house, doesn't own a car, and volunteers for the girl scouts. (WSJ)

JPMorgan's new green office will include Google-type of perks and amenities including yoga and cycling rooms, meditation spaces, outdoor areas and a state-of-the-art food hall. (Forbes)

JPMorgan's new office isn't quite so green when you consider that the previous 50-storey building, which was itself considered energy efficient, was demolished to make way for it. (Archinect)

Standard Chartered is giving up nine floors instead of four floors of its building in Singapore. (Straits Times)

Former Deloitte accountant turned successful actor thanks Paul, his former Deloitte boss for letting him go. "Ten years ago, I thought my life was over....Years of schooling, gifted programs, trying to live up to my parents' expectations, it all came crashing down in an instant." (Twitter)

Creating NFTs is not an easy option. One 19 year-old says he works 12-14 hour days for six to eight days in a row. (Vice)

The new best email sign-off: 'Thank you for your consideration. Talk soon.' (Economist)