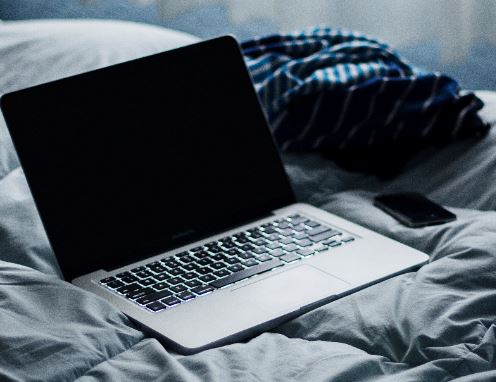 So much for the 'Saturday rule'. While some investment banks absolve employees of the need to work Saturdays (unless a live deal is underway), the same doesn't necessarily apply if you work in private equity. There have long been reports that private equity funds are some of the hardest taskmasters, and it seems that at least one fund expects employees to be both working and instantly responsive on weekends.

The Wall Street Journal reports that Josh Harris, the co-founder of Apollo Global Management is known to send emails on Saturday mornings and to follow up with a "?" if they don't elicit a response within 10 minutes. Harris reportedly also has a reputation for 'hammering young analysts about their financial models' during meetings, for being first in the office and the last to leave, for being hyper-competitive, and for being a proud workaholic with a net worth estimated at $5bn. “Some people play golf. Some people play tennis. I work,” said Harris in September.

While all of this might make for an excellent dealmaker - and Harris is reportedly one of Apollo's finest, it won't necessarily make for a good manager. Nor will it make the lives of his underlings especially pleasant as Apollo seeks to soften its image; 70% of Apollo's staff are now Millennials or Gen Z who are theoretically less accepting of demanding old-school bosses.

In reality, though, finance is still heavily populated with people who have Harris's work ethic. And his Saturday morning emails seem tame compared to the 3am email sent by the PJT vice president in May, who said he slept five hours a night and expected the same of his juniors, who should have responded immediately instead of when they woke up 3.5 hours later. The VP who sent that email is still working for PJT, despite juniors' hope that he would be dismissed. If you get an email from someone more senior at any time of the day or night, the implication is that you need to respond to it - and soon.

Separately, another banking boss with a reputation for extreme unsentimentality is Fabrizio (Fab) Gallo, the head of equities trading at Bank of America. After a harsh call with underlings in April when Gallo informed his team there was almost no valid excuse for not coming into the office, Gallo is going. Business Insider reports that he's resigning at the end of this year.

Although Gallo's exit was foreshadowed by the promotion of his subordinate -  Soofian Zuberi - as head of equities in August, it still raises unanswered questions. - Did he go because of his harsh approach to getting traders back in the office (Zuberi was also caught praising individual staff who came into the and noted that Indian staff were so devoted that they were sleeping in their office) ? Or was it because of an alleged $100m loss on equity derivatives in the second quarter? Either way, it wasn't long ago that Gallo was flavour of the month: in April, BofA CEO Brian Moynihan praised him personally for the out-performance of the equities business. He was demoted four months later.

Pity the auditors during the pandemic. “We had a dress rehearsal in March but it will be far more challenging after Christmas given the volume of year-ends, particularly if there is a second lockdown and auditors can’t be on-site. Auditing becomes much harder down a Zoom lens.” (Financial Times)

Legal & General Investment Management, which holds a stake in almost every UK-listed business, has warned companies not to pay executive bonuses if they have taken government funds, cut jobs or scrapped shareholder dividends during the pandemic. (The Times)

In anticipation of turbulent markets, Goldman Sachs and JPMorgan are halting software updates around the time of the U.S. election. (Business Insider)

Credit Suisse is seeking to double senior Black staff and increase representation in the workforce overall by 50% by 2024. (Bloomberg)

NatWest boasts a common equity tier one ratio of 18.2 per cent, a full 4-5 percentage points above its medium to long-term target. That equates to £31bn of buffer capital, with a surplus amount roughly equivalent to half the Edinburgh-based bank’s market capitalisation. (Financial Times)

Brexit could boost the U.K. IPO market by removing the 8 million-euro ($9.4 million) EU ceiling on the amount companies can raise from individual investors without having to issue a prospectus. (Bloomberg)

“Everyone is saying, ‘I want to keep on coming in once a week, but I’m moving to Palm Beach.’ Nobody wants to be in New York because of the taxes. Who’s going to eat outside with the cold weather?” (Bloomberg)

Roads out of Paris were jammed on Thursday when the French government announced a second lockdown, and now Londoners want to escape to the countryside before the UK lockdown takes effect. (Daily Mail)

New York finance executives are living in the Hamptons and commuting to the office by helicopter. Some juniors who are saving money on rent by living further out are apparently doing the same. (Bloomberg)

Photo by Martin Castro on Unsplash