Morning Coffee: The people you need to know if you want to quit banking. The banks that might let you work from home forever 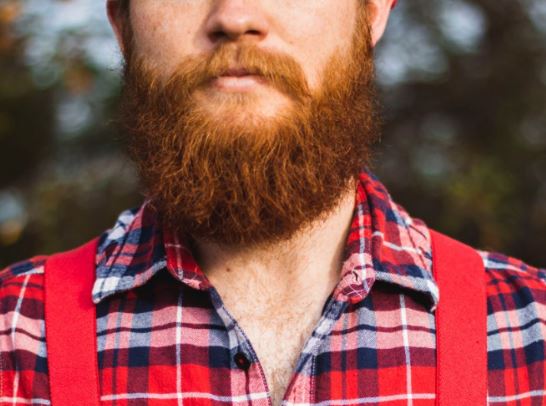 The basic components of a fintech startup are three in number. You need someone from the middle office of a big bank with an innovative idea about a particular financial problem. You someone, usually male, usually with a beard, to handle the technology side. And you need a lump of money, preferably provided by someone who is going to be understanding about the fact that regulated financial services companies need capital, can’t “move fast and break things” and might need quite a lot of support before they provide a return. If you’ve got the first two and you’re hoping to finance a business plan with this year’s bonus, here’s a list of the top forty angel investors in Europe, ranked by the number of “Fintech 50” startups they’ve invested in.

Looking down the list, one thing rather jumps out at you – in quite a lot of cases, the source of wealth for these angel investors seems to be either “founded a fintech company and sold it”, or “profits from being early investor in a big fintech” or “parlayed early job in fintech industry into job at fintech investment fund”. What this tends to suggest is that the top names, particularly in London, all know each other. Although the list doesn’t even include the “Revolut Mafia”, it contains investors from Transferwise and Monzo, and notes that they’re generally quite keen on backing startups founded by fellow alumni.

That’s a good thing if you get one of them on board, because this is the way that the original angel investment generates introductions and buzz to drive future funding rounds. But if you’re outside the social network, then it looks like you’ll need to do quite a bit of work to break in. The angel investors are going to be aware of the value of what their own contact book can bring to the deal, and unfortunately for the founders, that value is going to be reflected in the cap table.

A cynic might also note that it might say something about the state of the angel and VC market in fintech that very few of the companies mentioned have either started generating positive cashflow or exited via IPO to the public. There are significantly more cases where the success story involves having sold out to a major incumbent player, or a “roll-up” merger with a bigger fintech in the same space, or just continued existence with another funding round at a higher valuation. In other words – there isn’t necessarily all that much “outside money” in this pool. Most of the people backing early-stage fintechs are in a sense “invested” in the overall story of disruption in the financial sector. So if you’re going to bring them into your own start-up, you’ll need to demonstrate the same degree of commitment to the cause; any suggestion that any of the founders are marking time looking for a better banking job is likely to be toxic.

Elsewhere, HSBC has told analysts that it is considering “a hybrid working model” involving two or even three days per week spent at home for “most of our employees”. If we take the word “most” as having its normal meaning and split the difference between two days and three days, that would mean that on any given day, 25% of HSBC bankers might be in sweatpants in the spare room. That compares to “up to 30%” for JP Morgan, “up to a third” for UBS, and a similar amount (without a specific number attached) from Deutsche Bank. Given the different proportions of retail branch staff, this probably means that for investment bankers, the UBS number is likely to be closer to what you actually experience.

HSBC CFO Ewen Stevenson did set out the slightly ominous suggestion that this would lead to “materially lower internal travel going forward”, which strongly suggests to us that any consequent savings in commuting costs are intended to end up being clawed back in salaries. But even given that, there is probably a deal to be struck which is better for workers. And this trend seems to suggest that although senior industry figures are still fond of making sentimental remarks about collaboration and cross-fertilisation, the evidence is piling up, particularly from boutique banks, that in productivity terms you would need to have a lot of inspirational conversations by the coffee machine to compensate for the dead weight loss of spending hours and hours travelling rather than working on a videocall.

If you’ve already landed your fintech angel investor, your next major Zoom call might be to Zurich, as “UBS Next” has a budget of $200m of the bank’s own capital to make early-stage investments in fintech companies. (Bloomberg)

They said it would never happen – specifically, Jamie Dimon said that bitcoin was “not a real thing” and that eventually “governments are going to crush it”. Now the “JPMCoin” blockchain based token is apparently ready to go live and already has one large international technology firm using it for cross border payments. The JPM blockchain unit is now called “Onyx” and has its own CEO. (TheBlockCrypto)

A Spanish court has declined to hear one of Andrea Orcel’s cases against Santander, relating to some of the evidence for his main case which is still going ahead. (Finews)

Unprecedented deal opportunities! Goldman Sachs’ small-fry M&A team – officially the “cross markets group” claims to have silenced the doubters as it has grown to a headcount of 170 globally and aims to quadruple its market share from the current level of 2.8% (Financial News)

According to former boss Luqman Arnold, writing a book (about economics and behaviour) is considerably harder work than integrating the merger between SBC and UBS. (Finews)

Vintage swag from defunct firms is now fetching top prices from millennial bankers on eBay. A cheaper way to pretend to be more experienced than you really are is to always call Bank of America “Merrills” and Credit Suisse “CSFB”, just saying. (FT)

Photo by Abby Savage on Unsplash